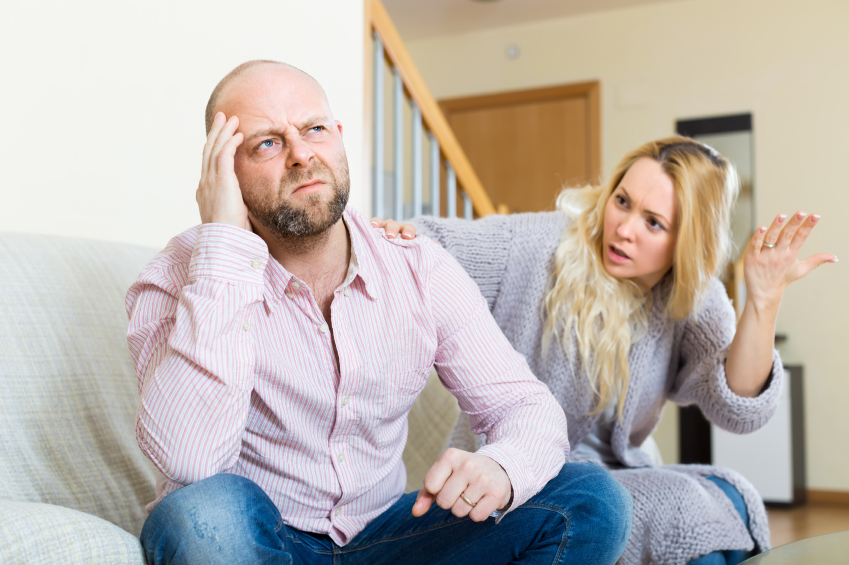 This is the third in a series of articles about The LATE Men – Adult Men as Lost, Angry Teens. Women often encourage counseling for men – or bring men into couple’s therapy with them – because their men won’t communicate, they’re irresponsible, or they’re emotionally disconnected. These men are often LATE – late to develop, mature, or to show up in the relationship.

The LATE Men are emotionally under-developed, and like teenagers, they often show up late – late to mature, and late to make or keep commitments. These men tend to self-sabotage, causing problems at work, at home, and in relationships. They usually grew up with dysfunctional family dynamics – divorced parents or broken homes, fathers who were emotionally or physically absent, mothers who were over-worked or overprotective, or they were abused emotionally or physically. Counseling for men, or couple’s therapy with a special focus on male psychology can help the LATE Man to become the loving, responsible Adult that all men truly want to be.

This article describes how LATE Men do relationship. Specifically, how they behave in relationships, how they view themselves and their wives or partners, their feelings and emotional reactions, and what they need from a partner or spouse. Counseling for men will also be discussed, along with implications for couple’s therapy with a focus on male psychology.

What LATE Men Do (and Don’t) in Relationships

1. Mothers who are overburdened, often holding down a job and raising children simultaneously. This type of unavoidable abandonment or neglect leaves emotional wounds.

2. Mothers who are over-protective and controlling, often due to their own fears or anxiety.

3. Mothers who are verbally or physically abusive.

Father wounds are almost universal for LATE Men, due to absent or unavailable father figures. These male children often have no appropriate male role models to help them develop responsible and loving adult behavior. Many other fathers are LATE Men themselves, and they may be excessively controlling, angry and abusive with their children.

These unfortunate circumstances result in a breakdown in some in the most basic functions of healthy adult male behavior. Like teenagers, the LATE Men are lost – with identity confusion and a true lack of understanding and ability to function in an adult manner. Most of these men need individual counseling for men or couple therapy.

o They fail to protect and provide

There is wide spread agreement that the primary function of adult men throughout history is to protect and provide for their women, their children, and their tribes or communities. LATE Men tend to under-function. They don’t show up for people who count on them. They’re irresponsible, and they self-sabotage. Protecting wives, children and families is instinctive to almost all animal species, including humans. The modern version of protection is to provide for the family. Unfortunately, LATE Men often fail to protect or provide in relationships today.

o They disconnect emotionally and physically

LATE Men may try to fix problems or control their partners. And when women don’t want to be fixed or controlled they often object to this subjugating treatment. The LATE Men often become defensive in response to this perceived attack. For this and other reasons, LATE Men will disconnect, distance, or shut down.

o They avoid and may develop addictions

Avoidance takes many forms – LATE Men won’t talk openly about their feelings or needs; they may obsessively watch TV or sports, play video games, and cruise the internet; and they may become addicted to alcohol, drugs, gambling, or pornography.

How LATE Men See Themselves and Others

LATE Men may not admit it at first (they may not even know it consciously), but they usually have some awareness of their self-sabotage, and they see themselves as inadequate, incompetent, inferior, lazy, defeated, or a failure. A major goal of counseling for men is to unearth these self-defeating perceptions.

o Misunderstood and doing the best they can

When LATE Men hear complaints, criticism and judgment by others (especially wives and co-workers or bosses), they frequently see themselves as being misunderstood. They believe they’re doing the best they can, and people are too hard on them or unappreciative.

LATE Men often feel that people treat them unfairly. They believe people make unreasonable demands, or have unrealistic expectations. Even a simple request may be viewed as excessive pressure or even an attack. Complaints or criticism are viewed as an attack on their character. This view of wives and partners is often a major focus in couple’s therapy.

o Wives and partners are…

The LATE Men are Lost, Angry Teenagers who are developmentally stuck. They’re angry because they feel like victims, and see wives (and others) as treating them unfairly. And anger is very frequently used as a defense – a defense against underlying feelings of hurt, fear, sadness and shame. Anger may even result from depression – angry men often feel helpless, hopeless, and full of self-doubt and worthlessness.

The Achilles heel for many adult men – especially the LATE Men. Shame is the psychological and emotional version of a compromised immune system for many men. The LATE Men feel like failures – or they unconsciously defend against this deep emotional pain. As adult men, our primary function in life is to protect and provide for our wives and family. When we fail, or see ourselves as failures, it’s a serious blow to the “ego” for most men. It’s a devastating injury for the LATE Men.

The LATE Men have great difficulty tolerating strong emotions – in themselves or others. Men’s brains, in stark contrast to women, evolved to support their role as protectors and providers. Women need to talk about their feelings – their brains evolved to nurture and emotionally support their family and tribe. Men need to take action to hunt and protect their wives and families. Historically, emotions other than anger got in the way for men of action. Today, emotional discussions create excessive stress, especially for LATE Men who feel threatened by feelings they can’t control or fix.

When LATE Men believe that people treat them unfairly or make unreasonable demands – when they feel judged, unappreciated, misunderstood, etc. – they feel wounded. The technical term for this is narcissistic injury. Different, but related to narcissism, this type of injury is ego deflating to LATE Men. Counseling for men and couple’s therapy helps men to heal, grow (up), and to connect to others with emotional integrity.

o What they believe they need

LATE Men believe they need a break. They believe they need others to back off and see how unfairly they’re being treated. They want their needs to be met by wives and partners (appreciation, not to be bothered, sex, meals and household chores, etc.) without an expectation that they show up responsibly in the relationship.

o What they really need from wives and partners

The LATE Men need love, friendship and connection just like all of us. Women are understandably challenged by LATE Men. Women’s counseling services with a sensitive and non-judgmental approach to dealing with LATE Men can be very helpful. Men in general need the physical presence of women in their lives. Just being there lets a man know he is loved and cared for. And they may not admit it, but they need a nurturing approach by the women in their lives. They need loving touch – not smothering. They need to know they’re loved and appreciated.

LATE Men need to recognize and understand the developmental and cultural forces that contributed to their lost sense of self, angry feelings, and destructive behavior patterns. They need a compassionate and accepting approach by counselors and therapists who are trained in understanding and working with male psychology, emotions and behavioral patterns.

LATE Men need to learn that they will feel better about themselves and become more successful when they are accountable and responsible. Counseling for men, including specialized men’s therapy groups, is designed to empower men with acceptance, understanding and compassion.

Men are often reluctant to ask for help. They grow up believing that they need to do it themselves. They are the fixers and problem solvers – asking for help is experienced as shameful. This process is even more difficult for the LATE Men, who desperately need couples therapy and counseling for men. We encourage men who identify with this description to contact us today about counseling for men. And we encourage women who are in relationships or married to LATE Men to approach their men with love and compassion, and suggest couples therapy or individual counseling for men today.