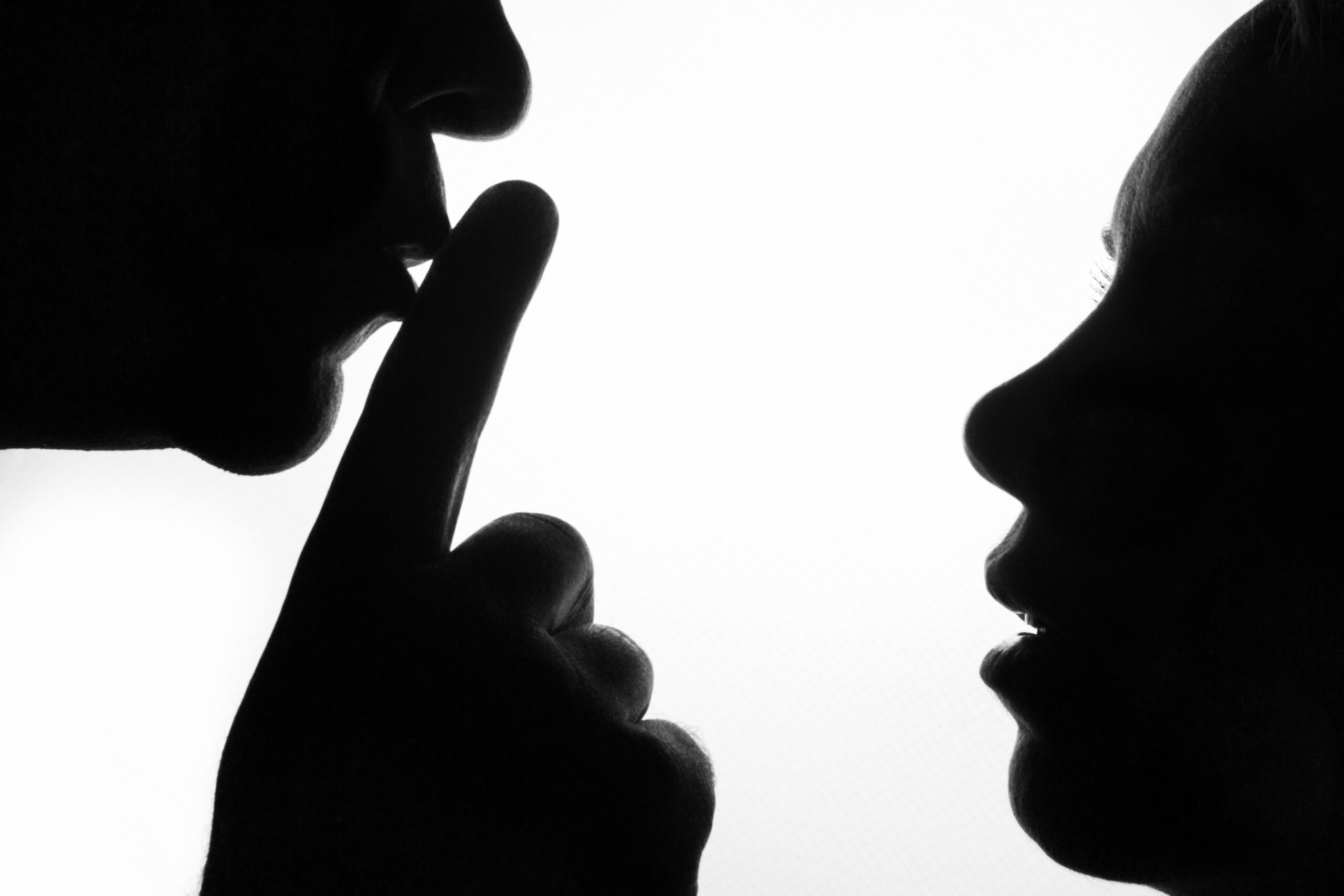 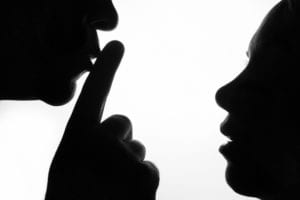 Why Do Men Become Sexual Predators?

Sexual assault and harassment is nothing new – it didn’t start with Al Franken, Roy Moore, Matt Lauer, Charlie Rose, Donald Trump, or Bill Cosby. The numbers are astounding. A recent ABC/Washington Post poll shows that 33 million women have been sexually harassed at least once in their lifetime. Another study reported that 50% of all women, and 20% of all men, have been sexually harassed. The victims usually feel humiliated and degraded – and many are scared and suffer symptoms of PTSD (Post-Traumatic Stress Disorder), anxiety and depression.

The vast majority of sexual predators are men. Only a small minority of these men are famous. Based on the numbers alone, you probably know someone who is or has been a sexual offender. But why do men mistreat women in this manner? What are the causes of sexual harassment and assault? Is this a type of sexual addiction?

First and foremost, there is no typical profile of a male sexual predator. And sexual harassment and assault is not the result of misplaced sexual gratification – it’s not really about sex at all. Also, contrary to public statements made by numerous politicians and men in show business, it’s not a “mistake”. Alcohol and drug use often contribute to this behavior, but it doesn’t cause men to act out sexually. And the good news is that good parenting, education, and counseling for men can be effective in preventing and curtailing this serious problem.

8 Causes of Sexual Harassment and Assault

I’ve grouped together 8 primary causes of sexual harassment and assault based on a large number of research studies. Most men do not fit neatly into any one of these categories. Rather, there are multiple causes of sexual misbehavior. And these 8 factors are often interrelated: For example, there is overlap between male privilege in a patriarchal society and issues related to power and control.

1. Patriarchy – A patriarchy is a male dominated society. Most contemporary western societies are patriarchal, and the United States is no exception. In these societies men hold most of the power – in government and politics, and in control of most economic and legal systems. In spite of the rise of feminism over the past 30-40 years, we are still a male dominated country – perhaps even more so after our last presidential election. There is a traditional male code in our society that is still quite prevalent. This mostly unspoken code dictates that men have certain “privileges” that correspond to an exaggerated sense of masculinity. Also referred to as “machismo,” the male code promotes power and control over women while disregarding responsibility and consequences. In a patriarchal society, women are often viewed as sexual objects – and the goal is to subdue and conquer women sexually. The sex industry in the United States is just one example – prostitution rings and pornography are generally dominated by men. Our patriarchal culture clearly provides a fertile breeding ground for sexual harassment.

2. Power & Control – Closely related to patriarchy, studies show that power and control are major factors in most incidents of sexual harassment and assault. In these cases, the unwanted sexual advances are an act of intimidation and domination. Men in power positions often assert their “male privilege” because they believe they can get away with it. These men may operate on the belief or fantasy that the victim may actually enjoy their sexual aggression. They most certainly do not – female victims of harassment and abuse are traumatized, and usually need treatment for the resulting conditions of PTSD, anxiety and depression. And when you look below the surface, many of these powerful men are deeply insecure and need to be in control of women to assert a sense of competency – even to be admired. Counseling for men who act out sexually due to feelings of inadequacy or shame can be highly effective.

3. LATE Men – I’ve identified a large group of men in our society who are psychologically and emotionally under-developed. I refer to these men as the LATE Men – adult men who function as Lost, Angry Teens. These men tend to self-sabotage at home and at work, and they are relationally and sexually immature. Sexual acting out and misbehavior usually begins during adolescence, and the LATE Men fail to develop appropriate adult relationship skills. I’ve worked with LATE Men over 40 years of practice, and many of them have harassed women sexually. For more information about the LATE Men, see my articles at https://rcosf.com/counseling-for-men-relationship-distress-2/.

4. Cultural/Historical – Another reason why men mistreat women sexually is that they always have. It’s built into our history and our culture, and it’s a self-perpetuating phenomenon. Biologically, men are larger and stronger than women, and are “programmed” for sexual conquest (the instinct for preservation of our species). Culturally and historically there was a lack of negative social and legal consequences, and predatorial men were able to get away with sexual mistreatment of women. Each generation of men learned from the last that men are sexually entitled. A set of shared myths and beliefs developed that supported this behavior (for example, women secretly like to be pursued in this blatant, sexual manner; and they just “play hard to get”).

5. Parental/Familial Influence – Male children are rarely held to the same level of standards that are applied to young girls in the family. For example, teenage girls tend to be supervised and controlled to a greater extent than male teenagers. A daughter who is sexually provocative or aggressive is much more likely to be controlled and punished than a sexually aggressive boy. The patriarchal male code is quite insidious. The vulnerable female child is closely guarded and protected. The male child is encouraged to hide or disguise his vulnerability, and to be tough, strong, and powerful. Their vulnerability goes underground, along with their compassion and empathy. Male children often learn to mistreat women by watching their fathers (also brothers, uncles, and grandfathers). And their fathers are often missing in action (they work all the time, and when they’re home they don’t show up as highly functioning mature adults). These young boys may also witness other types of violence or abuse against women that legitimizes sexual misbehavior.

6. Aggrieved Entitlement – Sociologist Michael Kimmel coined the term aggrieved entitlement. He explains that America was always the land of opportunity – and American men were entitled to jobs, a loyal wife and family, and “…positions of unchallenged dominance. And when we are told we are not going to get them, we get angry.” (Angry White Men, 2013, Persus Books Group) Today, many men are angry that women are becoming more empowered, taking their jobs, and demanding equal and fair treatment. They’re angry that women can get men to buy them drinks, dinner, and expensive weddings – and these same women have the power to reject them (or make more money). A type of reactionary contempt and hostility toward women develops, often to compensate for their feelings of inadequacy. These feelings contribute to the goal of humiliating and hurting women through sexual harassment and assault.

7. Personality Traits – Certain personality types or traits are associated with sexual harassment and assault. Specifically, narcissism and antisocial (sociopathic) personality types. In both types of personality there is a lack of compassion, empathy or remorse. The narcissist is fundamentally self-centered – his needs come first. The antisocial personality type disregards the rights of others – he lies, cheats, steals, and he is recklessly aggressive and dangerous. These men objectify women, often believing that female victims are somehow responsible for their own abuse or harassment. Many narcissistic men have a core self – one they are not conscious of – that feels inadequate or worthless. And the sexual mistreatment of women magically affirms their proud sense of masculinity. A common example today is men who coerce women into watching them masturbate (such as Louis C.K. and others). These men want to be seen and admired to boost their fragile egos. Counseling for men with these personality traits is critically important, and can be quite effective.

8. Sex & Love Addiction – Many clinicians believe that most sexual harassment and assault is caused by, or at least closely associated with sexual addiction. Epidemiological studies show that somewhere around 5-15% of adult men engage in compulsive sexual behavior. Some experts in this field believe the numbers are much higher. There is no doubt that many men demonstrate an inability to control their sexual urges, regardless of potential or actual negative consequences.

The biggest difficulty is getting men into treatment. First, most of these men are in a state of denial (or they seriously minimize the significance of their actions). And openly discussing their behavior would probably result in overwhelming shame that would be unacceptable to most men (on top of their pre-existing feelings of inadequacy). Usually, it requires intervention by an aggrieved spouse, girlfriend, or employer.

Couples therapy can open the door to individual counseling for men who act out sexually. In either case, the goal is to heal the wounds from childhood and to teach men how to deal with feelings and relationships in a healthy, mature adult manner.

At our Center, we believe that all men contain within them the capacity to be loving, compassionate, responsible husbands, fathers, friends and co-workers. Counseling for men who mistreat women is necessary and effective. For further information, or to schedule an appointment for consultation, please contact us today