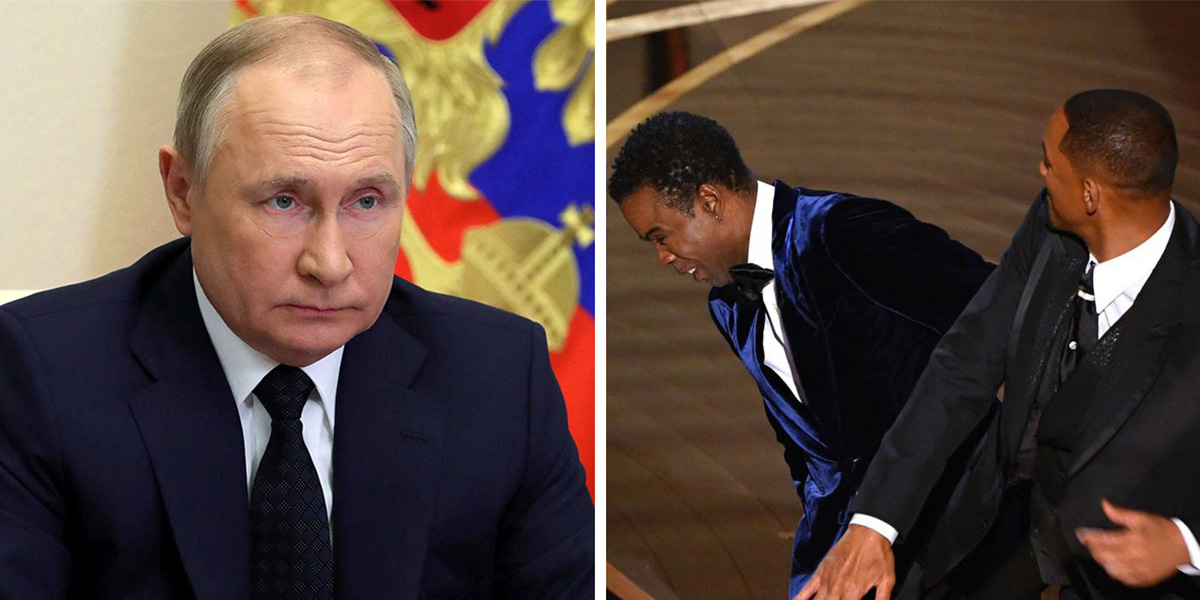 Comedian Chris Rock was presenting an award when he made a tasteless joke about Jada Pinkett Smith. Consequently, her husband, actor Will Smith, stormed onto the stage and slapped Chris Rock on the left side of his face. As he returned to his seat, the actor shouted obscenities at the comedian.

Russian President Vladimir Putin ordered an unprovoked and brutal invasion of Ukraine. Putin is responsible for war crimes resulting in thousands of Ukrainian deaths and injuries, including women and children, along with millions of displaced refugees, and the widespread destruction of cities and towns. There is documented evidence that Putin has a long history of brutality and crimes against humanity.

What Is Toxic Masculinity?

The concept of toxic masculinity evolved over the past 20-30 years. Toxic masculinity is not an accredited diagnosis or disorder. Rather, it is a descriptive set of male traits that include the following:

Toxic masculinity is a predictable consequence of teaching boys that they shouldn’t express emotion openly, and that they must exhibit traditional masculine traits of power and invulnerability. They must be strong and tough in all circumstances. And that anything other than that is weak or feminine.

But there is a problem with conventional labels such as toxic masculinity: Too many men, and too many male behaviors become stigmatized as toxic, leading to yet another casualty of cancel culture. There is a distinct and crucial difference between isolated adverse behaviors and regular patterns of male toxicity.

Can You Equate a Will Smith with a Vladimir Putin?

At the Academy Awards Ceremony on March 27, 2022, Chris Rock made a tasteless and hurtful joke at the expense of actress Jada Pinkett Smith, who is suffering from an autoimmune disorder that results in hair loss.

Was Will Smith’s “slap heard ‘round the world” just another example of toxic masculinity? I don’t think so. Of course, there are serious problems and consequences associated with toxic masculinity, but not every episode of misbehavior by men is an indication of a toxic pattern.

Will Smith’s violent behavior at the Oscar ceremony was reprehensible and inexcusable. However, the actor is well-known as a humanitarian and philanthrope. His record as an adult (he is now 53 years old) appears to be spotless. He was arrested for aggravated assault when he was an adolescent, but the charges were dismissed. Furthermore, in his published memoir, Smith describes a traumatic childhood growing up with a violent and abusive father – and his resulting feelings of guilt and shame due to his inaction and inability to protect his mother.

Thus, Will Smith’s behavior may be an indication of trauma-based fear and shame, stemming from his childhood experience. The human brain retains this trauma, and highly charged triggers (like a joke at his wife’s expense during an emotionally intense ceremony) often result in a state of hyper-arousal – potentially leading to impulsive behavior. It is not an excuse for violence, but it is a relevant explanation.

In contrast – one that borders on absurdity – Vladimir Putin is the most extreme version of toxic masculinity. However, unfortunately, he is not the only example of dangerous and destructive male behavior. It is reasonable to assume that Putin is certifiably sociopathic. But sociopathy is only a more extreme version of toxic masculinity. The personality traits and behavior of a murderous dictator like Putin are evident in less dramatic versions of male toxicity. The important distinction here is one of patterns and levels of destructive behavior.

While it seems unreasonable to equate Will Smith’s behavior to that of Putin, there are toxic and destructive elements to both. But isolated incidents of harmful misbehavior should be distinguished from patterns of destruction and serious harm toward others.

The political comedian Bill Maher recently argued that traditional masculinity is not always toxic. I believe he was accurate in describing certain strong male attributes and behavior as both necessary and attractive. Male strength, bravery, and power have been necessary throughout history to protect families and communities, and to fight necessary battles. You want a strong leader in places like Ukraine where President Volodymyr Zelenskyy, in response to offers from other countries to accept him as a leader in exile stated forcefully that “I don’t need a ride – I need ammunition.”

And women often rely on courageous men who will go down to the basement to investigate that suspicious noise at night. While women appreciate open, vulnerable, sensitive men, they are attracted to strength, a take-charge attitude, positive leadership, and decisiveness.

But even the most “perfect” men may display toxic behavior at times. In my therapy practice I work with good men who sometimes do bad things (see my LATE Men articles). Like Will Smith, their behavior is best explained by an important combination of trauma-based childhood experiences along with negative social and cultural influences.

LATE Men – chronologically adult men who function like Lost Angry Teenagers – are confused about their role, how to approach and talk to women, and they feel negated and thwarted by constant messages about toxic masculinity. As a result, they often resort to angry, destructive impulses, or they become passive and avoidant. Nonetheless, Bill Maher is right when he says that women aren’t holding a gun to our heads. And cancel culture does not mean that men should be imprisoned by the daily reports and drama about male misbehavior. So “Stop sulking, stop complaining, and put in some effort” (Bill Maher, Real Time, HBO).

Our Center works with good men who sometimes self-sabotage and hurt others. They are lost and angry because of negative childhood influences and a culture and society that has failed to provide what they need to thrive and succeed. Please contact us today about our work with men.