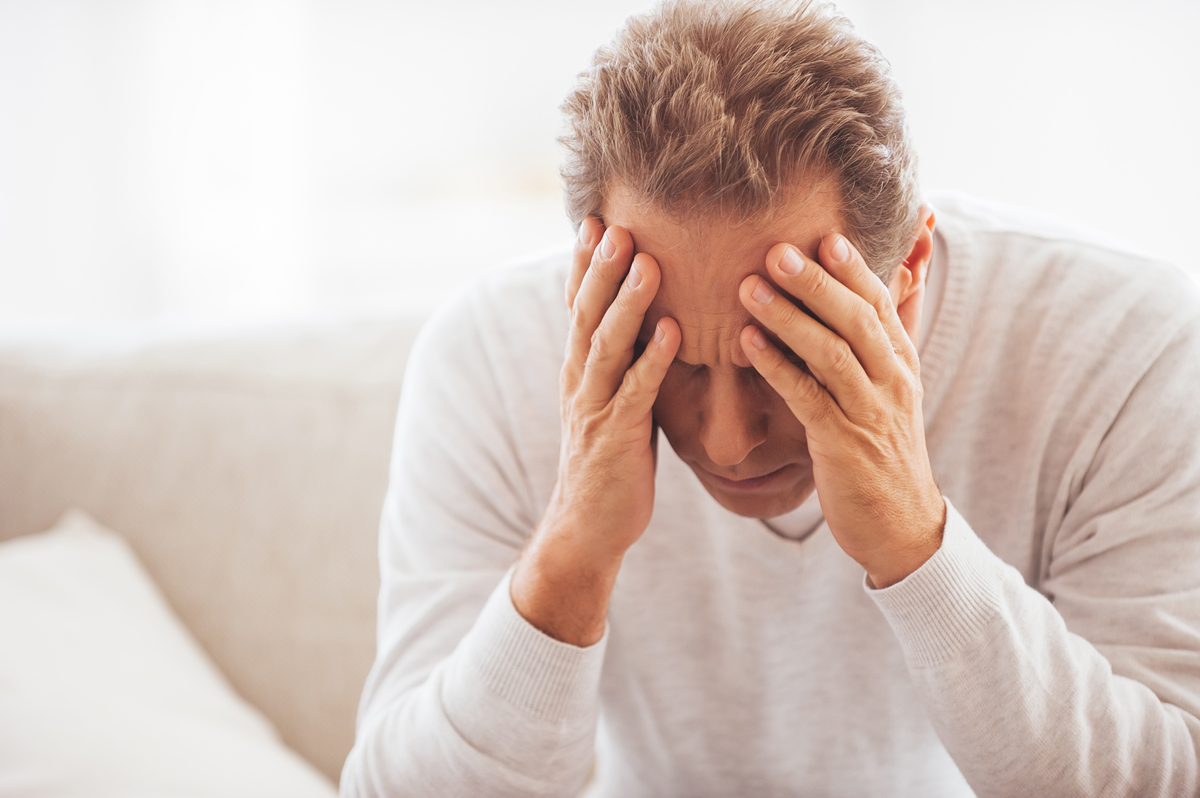 Jared Padalecki struggled with anxiety and depression, and he’s telling the world about it. I’d never heard of Jared Padalecki until he appeared one day in my online news feed. Jared is the star of Supernatural, a horror fantasy show on The CW TV network. Two months ago, he appeared at Comic-Con, and 7,000 fans in the audience lit candles in his honor, after he went public with his own depression – and because of his efforts to help men who struggle with depression, anxiety and related conditions.

This past June, 2015, the Centers for Disease Control and Prevention released a study about depression and anxiety in American men. They reported that almost 10% – or one in every ten men – struggle with anxiety and depression. I believe the numbers are considerably higher because men don’t talk about it openly, and they experience depression differently. Less than half of them are ever treated for their conditions. Padalecki wants men to know that depression is nothing to be ashamed of. He wants to reduce the stigma associated with male depression, and his message to men is “Always Keep on Fighting.”

We are taught from an early age that “big men don’t cry.” We learn that a man is supposed to face his problems, usually alone, and fix them. Men should “pull themselves up by their boot straps”. This becomes a double whammy for men – when they become depressed or anxious, they need to hide it in the shadows, and they feel ashamed. Partly because of this tendency, exacerbated by social and cultural expectations, male depression is often more difficult to identify. And, in fact, depression in men can be quite different from depression in women.

There are 7 common patterns and collections of symptoms:

1. Depressed men often appear irritated and angry more than depressed. Feelings of sadness, hopelessness and helplessness are generally unacceptable for men. A man is supposed to be powerful, in control, and able to fix things. When a man starts to feel sad or powerless, he will often judge himself negatively. The resulting feelings of shame are unacceptable – even dangerous to his male ego. Irritability and anger will automatically take over to protect and empower him. For additional information about angry men, see my article The LATE Man.

2. Men who are depressed or anxious self-medicate more frequently than women. Men learn that it’s not okay – even shameful – to ask for help. Relationships between men are often based in competition, and male friendships tend to revolve around activities rather than conversation (especially emotional discussions). To feel better, many men resort to alcohol, drugs, and other addictive behaviors (such as sexual compulsions).

3. Closely related to #2 above, many depressed or anxious men develop an avoidant style. Avoidance can take many forms, including excessive use of video games and the internet, pornography, and watching sports on TV. They may also avoid daily responsibilities at work and at home.

4. Men who are “stressed out” may be depressed. They may appear to be burdened, and excessively worried about work or finances. Everything becomes pressured. This type of depressed man may work long hours, and he may be over-controlling or a perfectionist. Under the surface, he often feels a great deal of self-doubt, inferiority, and shame – hallmarks of male depression.

5. Withdrawal, numbing, and isolation. Depressed and anxious men feel the need to hide their emotional state. They won’t communicate or express their feelings due to shame, and they become socially withdrawn and disconnected. They often appear to be emotionally shut down, and they experience a type of emotional numbing. Relationships and marriages often suffer the consequences.

6. Aggression, superiority, and the “need for speed”. Also known as “Character Armor”, some men unconsciously and defensively cover up their anxiety and depression with a façade of aggression, superiority and controlling behavior. Behind this mask is often a man who is full of fears, self-doubt, deep sadness and emotional pain. This type of man may also take excessive risks, and his reckless aggression may show up as a need for speed (e.g., road rage).

7. Depressed men may feel excessively tired, “burned out”, unmotivated, yet restless in an aimless manner. Physical symptoms may appear, such as headaches, stomach distress, and backaches. Other symptoms are also common in women, such as insomnia, feelings of hopelessness and helplessness, loss of appetite, and lack of interest in sex or normally pleasurable activities.

Counseling and therapy helps many men with depression.

Effective therapy for men who struggle with depression and anxiety may include individual counseling, men’s therapy groups, and/or couples therapy. The most effective methods for men include

* A deep understanding of the dynamics of male depression and anxiety

* Building male-oriented strengths (tapping into men’s innate needs and abilities to protect, provide, compete, and to use personal power constructively)

If you or a man you know struggles with depression or anxiety, please call us today at 561-955-6090, or complete one of our contact forms.