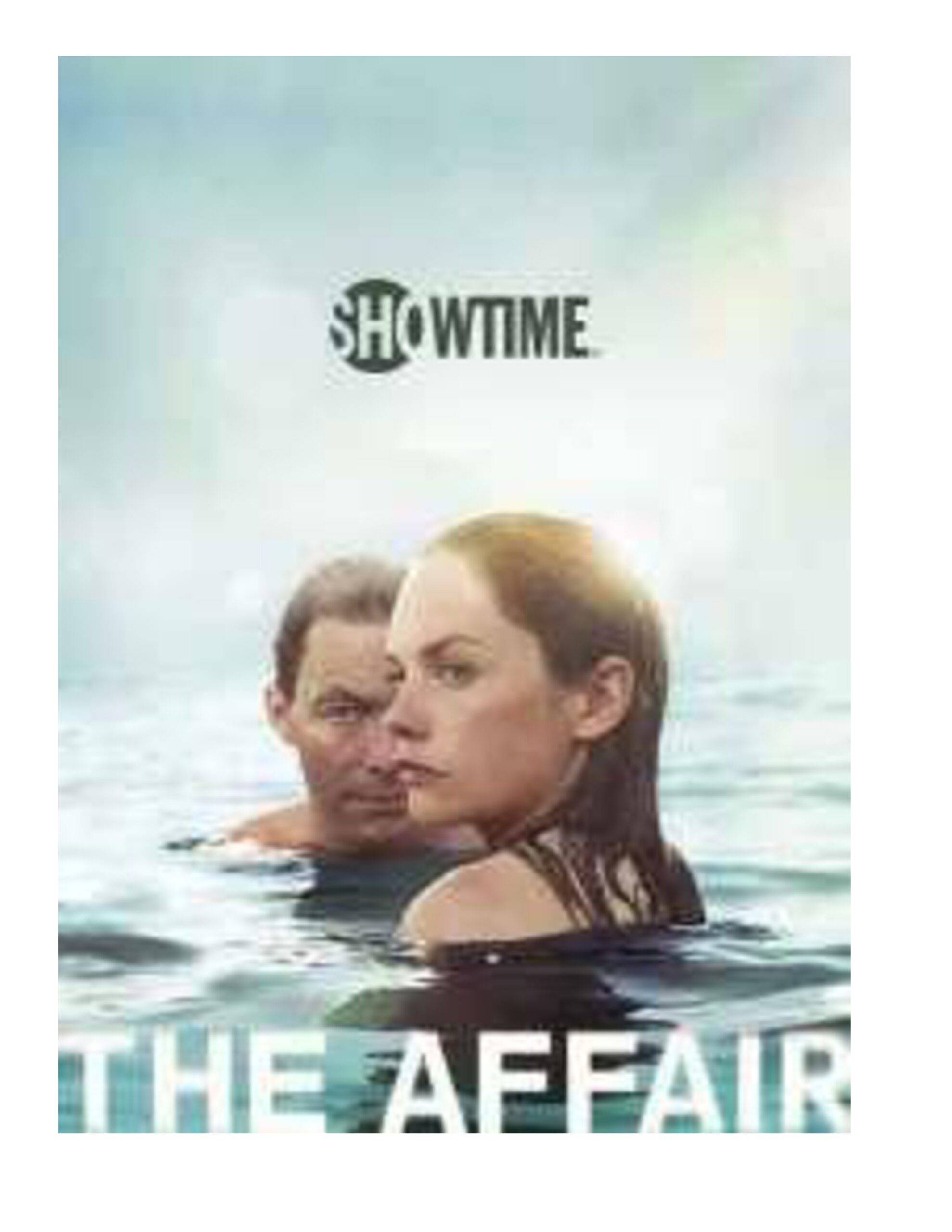 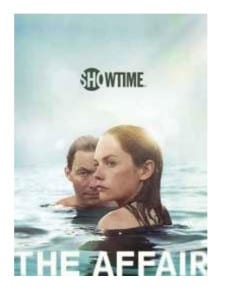 Can The Marriage Survive an Affair?

The following article was published in January 2015, shortly after the cable TV series “The Affair” first aired on the Showtime network. The second season is currently being aired on Showtime. This compelling drama illustrates the complicated ramifications of extramarital affairs.

A recent series on the Showtime cable network, “The Affair”, dramatically illustrated an affair between Noah and Alison. It was fascinating to see this affair through the different perspectives of these two main characters. The first half hour of each show was Noah’s, and the second half hour was Alison’s point of view. “The Affair” is compelling because the “truth”, memory, even reality itself is so very subjective and subject to interpretation. Just like affairs themselves.

In “The Affair”, Noah and Alison developed a passionate emotional and sexual relationship that lasted over a period of weeks (possibly months). Both were married to other people when their affair began, and the affair resulted in serious marital problems for both of them. Their motives for the affair – along with each character’s memory – are quite different and highly idiosyncratic. This type of affair and the conflicting points of view by many men and women, wives and husbands, is not uncommon.

There are several major types of affairs and infidelity, including:

* Sexual affairs, with very limited or no emotional connection (more common with men)

* Emotional affairs, with very limited or no sexual connection (such as falling in love with a co-worker; or a “friend”, with a deeper emotional connection and attraction)

* Love affairs similar to Noah and Alison (emotional and sexual)

* Flirtations, which can become destructive to a marriage or committed relationship

* One night stands – mostly sexual in nature, and often associated with drinking, a night out with friends, or traveling for work

* Internet affairs can be sexual, emotional or both (internet couples may have known each other in the past and reconnected, or may have met online for the first time – and it’s not unusual for these couples to eventually meet up and continue the affair in person)

* Pornography, massage, prostitutes – Far more common with men, and may indicate a sexual addiction (the use of pornography in this case is generally excessive, secretive, and negatively impacts the marital relationship)

How Many People Have Affairs?

Men have affairs more often than women, but the numbers have been growing for women over the past 20 years. Statistics from research studies on affairs are all over the map. The estimated number of men ranges from a low of 12% to as high as 50% of those men who are married or in a committed relationship. The numbers for women range from 7 to 25%. A recent, very comprehensive study showed that 33% of men and 19% of women have had at least one affair, and those numbers appear to be about “average”.

Why Do People Have Affairs?

We have a good understanding of the reasons why people have affairs. These reasons can be grouped into 6 major, sometimes overlapping groups.

2. Men’s issues. Men are more likely to have an affair when they are sexually dissatisfied in the marriage or committed relationship. Men are biologically programmed to have a stronger sex drive than women. The male brain has a “capacity” for sexual pursuit that’s about 2½ times greater than women. Research also shows that a majority of men who have “sexual affairs” still love their wives and want to stay married!

3. Women’s issues. Women are more likely to have an affair when they are emotionally dissatisfied in the relationship (lack of emotional connection).

4. Active sexual history. Research shows that people who have a history of active sexual behavior in the past (e.g., multiple sexual partners prior to a committed relationship or marriage) are more likely to have an affair.

5. Demographics. People with higher educational levels (college and advanced degrees) are more likely to engage in extramarital affairs. People who live in urban areas, and/or those who are not religious are also more likely to have affairs.

6. Opportunity. Infidelity is more likely to occur when there is ample opportunity. For example, large office environments, doctors who work in hospitals with many nurses, corporate travel and large conventions, and famous, wealthy people who attract many adoring and willing fans.

We know quite a lot about what happens after an affair. The good news is that the marriage can survive infidelity – and the relationship often improves after the affair. It’s not easy, and there is a lot of emotional pain. There are several stages that people generally go through after an affair.

* Initial emotional reactions. The “victim” of an affair may experience a range of feelings from shock and a sense of unreality, emotional numbing (like being in a fog), disbelief and not understanding what happened, to anger, rage, and emotional devastation. The partner who had the affair may feel a sense of relief that the secret has been revealed or uncovered; and a sense of guilt, shame, and remorse.

* Emotional aftershocks. During the subsequent weeks and months, intense emotional reactions are likely to continue sporadically and often unpredictably. The victim will be reminded of the affair with random thoughts and memories, dreams, situations, places, and reactions to the offending spouse or partner. Anger and a sense of disbelief are quite common at these times, along with feelings of remorse and even guilt feelings (often the victim believes he or she wasn’t a good enough spouse or partner).

* Searching for information and answers. After an affair, the victim almost always wants information and answers. Why did this happen? Who was the person he or she had the affair with? How, when, where and what (sometimes wanting all the lurid details of the affair). And it’s quite commonplace that even when the “cheating” partner reveals a lot of information, it’s still not enough for the victim. Often the questions about why this happened are never adequately answered, even when the offending spouse or partner is fully forthcoming.

* The roller coaster. Another normal pattern for couples after an affair has been revealed: lots of emotional highs and lows, along with periods of renewed closeness alternating with distance in the relationship. Some couples even go through a kind of “reconciliation honeymoon” phase. During this phase the couple is emotionally and physically close – they sometimes report more love, affection, and better sex than they’ve had together in years. Then many couples crash down from that high place when reality sets in. Sometimes the victim becomes the pursuer, making herself more attractive to her mate, doing more to please him, and so forth. And then, when she’s hurting and angry she may distance, and he may become the pursuer, showing remorse, trying to make it up to her, promising it will never happen again.

* Separation, Divorce, Reconciliation. Any or all are possible and quite normal. The best research on this subject shows that only 20-27% of couples blamed their divorce on an extramarital affair (John Gottman, 1999). Most couples do reconcile after an affair. The quality of the reconciliation – improvements to the relationship – may depend upon the couple getting professional help.

First and foremost, the affair itself and all contact with the person involved must end completely. Marriage counseling, couple therapy, and the reconciliation will not be successful unless trust and safety can be re-established. The rebuilding of trust takes time. Victims of an affair need to see and hear that they are loved, protected and important. Victims need to know that their partners deeply understand and empathize with their pain and fears. And they need to know that their partners take full responsibility for the betrayal of trust. Victims will feel a sense of loss, isolation, and helplessness. They need connection and nurturance from their partners. They often feel anxious or fearful that they will be betrayed again. It’s normal for victims of an affair to become clingy – and paradoxically to distance and avoid connection, even though they may want and need the safety of loving attachment. Their partners need to be patient, understanding and supportive – which can be very difficult for them since they’re going through their own emotional roller coaster.

Good couple therapy after an affair allows both partners to fully express their feelings in a safe environment. It’s very important that victims of an affair know that their partners are really there for them, and responsive to their feelings and needs. The couple therapist will guide and facilitate this process, and help couples to make sense of the affair. The therapist will help the couple with the process of forgiveness, developing a foundation of trust, and to begin the process of rebuilding the relationship.

The marriage counselors and couple therapists at the Relationship Center of South Florida have the advanced training and experience necessary to help couples recover and rebuild after the affair. For more information, please contact us today at 561-955-6090.