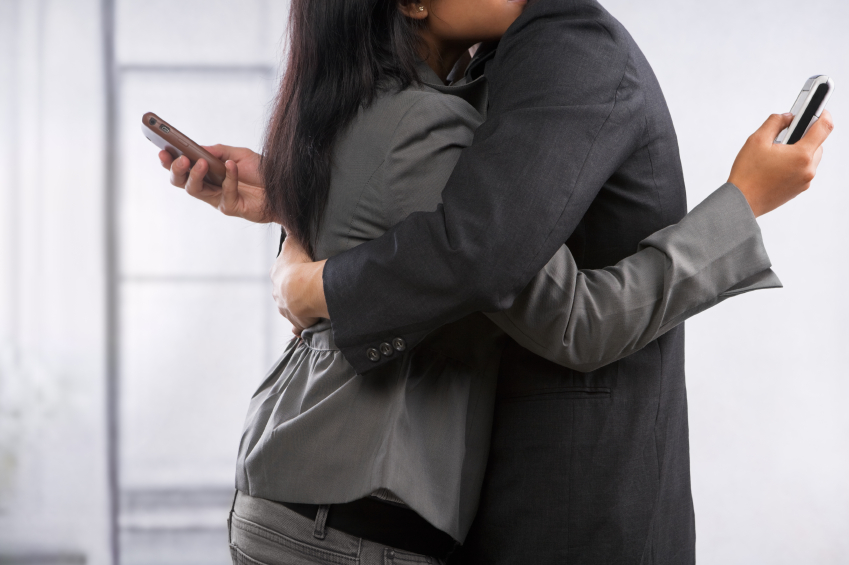 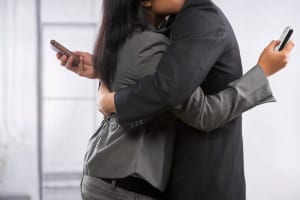 Early in our marriage my wife Michele said something that I’ve always remembered. We were out to dinner at a trendy restaurant, and we both noticed many exceptionally attractive people at the bar. Michele commented about a beautiful bartender, and when I agreed with her, I wondered out loud if she took offense to my observation. She said “We’re married – we’re not dead.” I’ve always thought that was a confident and enlightened point of view. Attraction to others is not infidelity – appreciating beauty is not an affair.

It’s natural to notice and to feel attracted to other people, regardless of our marital or relationship status. Many people believe there’s nothing wrong with “innocent” flirting. Sexually explicit fantasies are often considered “normal”. Many couples use pornography together to enhance their sexual relationship. Some couples even enjoy going to strip clubs together. And some couples engage in various types of swinging (spouse or partner swapping). So what is the line between harmless emotional and sexual behavior and infidelity or affairs?

Based on years of psychological and sociological research, along with my own observations after 40 years of psychotherapy practice, I have identified 7 types of infidelity and affairs:

1. Fantasy & Flirtation – This is a complicated subject, and there are too many variations to cover in this article. That being said, I believe that sexual fantasy is based in natural biological drives, and is often innocent and non-destructive. But sharing one’s sexual fantasies with one’s spouse or partner can be hurtful. Infidelity is usually defined as a lack of faithfulness to one’s partner – a breach of trust, and an act of disloyalty. Using fantasy to replace a positive, healthy sexual relationship with one’s partner would then be considered a type of infidelity.

While some people believe in “innocent flirtations”, it’s easy to cross the line. I’ve often heard about flirtatious behavior that results in an affair. It can also cause distrust and distress in a marriage or committed relationship. What is the need for someone in a committed relationship to flirt with someone else? I doubt that need is being addressed in a healthy or constructive manner.

2. Emotional Affairs – An emotional affair usually begins as a platonic friendship, and may include flirtatious behavior. These are truly “affairs of the heart” – non-sexual at first, but frequently become sexual over a period of time. An emotional affair generally includes romantic feelings of attraction, chemistry, and love. People in emotional affairs often complain about their respective marriage or relationship partners, and they tend to have deep, intimate conversations of a very personal nature. They hide the true nature of their relationship from others, and spend increasing amounts of time together. Deception and lying are common mechanisms to avoid getting caught in all types of infidelity and affairs.

3. Sexual Infidelity – A secretive sexual relationship or sexual experience with someone other than one’s spouse or partner. Most of the time, affairs include both an emotional and sexual connection. However, large numbers of people, more men than women, engage in sexual infidelity with little or no emotional connection. Common types of sexual infidelity include massage parlors that offer a “happy ending”, the use of prostitutes, and one night stands or random sexual encounters with friends, co-workers, or strangers. Other specific types of sexual infidelity are indicated below under Internet Affairs and Pornographic Infidelity.

Skype and other video connections that facilitate emotional and sexual encounters are also becoming more commonplace. I’ve worked with several clients who reconnected with old friends or lovers online, and developed a deeply involved emotional affair, sometimes including sexual activity. Frequently, and ironically, many affairs are discovered by a spouse or partner who checks phone and text records, email and web site history.

7. Combined/Complex Infidelity – There are patterns of infidelity and affairs that combine two or more of the types already mentioned. And affairs or infidelity can be complicated by other factors such as negative or destructive personality traits, depression, anxiety and manic states, and reactive relationship dynamics. Some examples I’ve seen in my practice include:

o A married woman who was a swinger, and went to clubs with her husband where they had sex with other partners. They became friends with one couple socially, and she continued a secretive sexual relationship with the other man. They became emotionally attached, her husband discovered the affair, and they divorced. This woman became depressed, and became promiscuous with both men and women. She realized she had a sexual addiction, and she was able to recover with therapy and the help of SLAA (Sex & Love Addicts Anonymous).

o A married man who had an ongoing emotional and sexual affair for 3 years with a woman he met at the gym. During that affair he also had random sexual experiences with prostitutes and women he met at bars and other social events. He also masturbated several times daily using pornography. His denial and narcissistic personality prevented him from recognizing his compulsive behavior. After his wife divorced him, and his “girlfriend” broke up with him, he became depressed, and he was able to make some progress in therapy.

o A man with a history of opiate addiction and periods of sobriety was married to a woman he met at AA. She was sober continuously for many years, and tolerated his frequent relapses. When he was using opiates during their marriage, this man also went to strip clubs, had sex with prostitutes, and eventually developed a sexual and emotional relationship with a woman he met at the strip club. His wife knew about his sexual infidelity, but when she discovered this affair she divorced him. He moved in with the woman he met at the strip club, and dropped out of therapy.

o A depressed woman in her 30’s with very low self esteem was married to a man who was demanding and critical. She flirted with men at work, looking for positive attention and approval. There were a couple of very brief sexual infidelities, and one relationship developed into an emotional and sexual affair. She decided to end her marriage and told her husband about the affair. During therapy, her new relationship ended because her boyfriend became critical and cheated on her. She reconciled with her husband, and her therapy and marriage counseling helped her to make good progress combating her depression and improving her marital relationship.

People have affairs for several different reasons that include relationship problems, emotional and psychological factors, and others – even opportunity of available partners. For more information about counseling for infidelity and affairs, see my article After the Affair at https://rcosf.com/after-the-affair-can-the-marriage-survive-infidelity/ .