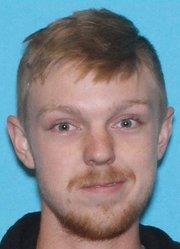 Is “Affluenza” for Real?

Parenting issues are in the news again: North Texas, 2013. Sixteen year old Ethan Couch killed 4 pedestrians after stealing his father’s pickup truck, shoplifting beer from a store, and speeding at 70 miles per hour in a 40 MPH zone. He was driving drunk, at 3 times the legal limit in Texas, while also under the influence of the tranquilizer Valium. It was reported that Couch did not show remorse or empathy for his victims. His behavior was certainly irresponsible, and a psychotherapist might suspect substance abuse – and possibly a personality disorder such as anti-social behavior or narcissism.

Ethan Couch was not punished for his acts. The judge gave him 10 years probation without jail time. Media coverage did not mention a personality disorder, narcissism, or chemical dependency. Parenting issues were discussed during the trial. The family lawyers argued successfully that the teenager was the victim of “affluenza” – an inability to understand the consequences of his behavior as a result of financial privilege. Specifically, they argued that his wealthy parents enabled his irresponsible behavior by pampering and coddling him to the point where he was unable to determine right from wrong. And now, Ethan Couch, with direct assistance from his mother, has broken his probation and fled from justice. He is being detained in Mexico, and mother was booked and jailed in Los Angeles.

Is “affluenza” a real disorder? Is a personality disorder like narcissism a better explanation for this type of behavior? To what extent are parenting issues to blame? The term affluenza was developed by anti-consumerist activists in 1997. They defined affluenza as “a painful, contagious, socially transmitted condition of overload, debt, anxiety, and waste resulting from the dogged pursuit of more” (deGraff, Wann & Naylor). The authors included the following 3 sections in their definition:

1. The bloated, sluggish and unfulfilled feeling that results from efforts to keep up with the Joneses.

2. An epidemic of stress, overwork, waste and indebtedness caused by dogged pursuit of the American Dream.

3. An unsustainable addiction to economic growth.

In 2008, British psychologist Oliver James defined affluenza as “placing a high value on money, possessions, appearances (physical and social) and fame”, which explained an increasing rate of mental illness in English-speaking societies. James indicated that income and material inequality in wealthy nations caused emotional distress and unhappiness. Parenting issues were not mentioned, and affluenza was not defined as a personality disorder.

Affluenza is not recognized by the American Psychiatric Association or any other formally established mental health authority as a mental illness or disorder. The psychologist who testified on behalf of Ethan Couch, Dr. G. Dick Miller, used the term affluenza, and explained that parenting issues were partly to blame. He said that Ethan’s parents spoiled him and never set limits on his behavior. He did not mention any type of personality disorder such as anti-social personality disorder or narcissism.

Ethan Couch’s behavior was extreme, dramatic, and the outcome was deadly. Sadly, this case shines a light on some common dysfunctional parenting issues – and too many teenagers and young adults who are entitled, narcissistic, and irresponsible. The concept of affluenza seems to be accurate in describing some aspects of these problems, but there are several alternative explanations and disorders worth considering. (It’s important to note that my observations and analysis regarding Ethan Couch are derived from the limited information available through the media and online. I cannot accurately assess or diagnose someone I’ve not interviewed directly.)

1. Parental enabling, enmeshment and codependency – The news reports on Ethan Couch focused mostly on the family’s affluent lifestyle and the way his parents spoiled him. While this appears to be accurate, it’s insufficient to explain the full extent of the family problem and parenting issues. Many children and teens are spoiled, and most of them do not steal, kill pedestrians, and run from justice. Ethan’s mother is now in custody as a result of her role in their flight to Mexico. It’s apparent that this is a case of parental enabling behavior – mother literally enabled her child to avoid the consequences of his irresponsible behavior. When a parent is unable or unwilling to have enough emotional detachment to set limits on their children, they become emotionally enmeshed and codependent. Codependency means the parent or parents are part of the problem – there’s a lack of appropriate parent-child boundaries, over-involvement or control, and over-identification with an unhealthy alliance.

2. Narcissism and entitlement – Narcissism is a personality disorder that results in a sense of elevated self-importance, grandiosity, and a sense of entitlement. These individuals usually put themselves first, and generally lack empathy or concern for others. They are often attention-seeking and manipulate others for their own selfish needs. A sense of entitlement refers to individuals who believe something is owed to them by life in general; or because they are who they are. Based on published reports, Ethan Couch may have a narcissistic personality disorder – or at least narcissistic personality traits.

4. Substance Abuse – Ethan Couch’s behavior may be understood best by a combination of several causes: parenting issues, a personality disorder or traits of narcissism, and possibly substance abuse. Couch was arrested with a blood alcohol level that was more than 3 times the legal limit in Texas. He was also under the influence of a strong tranquilizer, Valium. He fled the country to Mexico with his mother after a video was revealed, showing him at a drinking party with other teenagers, playing beer pong. These incidents are direct evidence of a drinking problem or substance abuse.

The Moral of the Story

The Ethan Couch story is a tragedy. Four innocent pedestrians were killed, and others were injured. Many thousands of dollars were spent by his parents and taxpayers who support our criminal justice system. (Incidentally, it’s unlikely that a black teenager would have been granted the same leniency extended to Ethan Couch.) Can this type of crime be prevented? How would we constructively address these types of parenting issues and personality disorders?

I agree with many others who advocate for comprehensive reform of our criminal justice system and the need for improved funding for mental health services nationally. We can successfully treat personality disorders with a combination of medication when necessary, and various types of psychotherapy. We need to do a better job of identifying people who need treatment – and assertively encourage them to get the help they need. The parenting issues are primary. The challenges facing parents today are greater than ever before. Parents need support, education and guidance to balance the excessive, competing demands on children today (school, social, athletics, and electronic).

We would like your feedback about this article – please let us know about your thoughts and feelings. Our Center specializes in parenting issues and the treatment of narcissism and other personality disorders. Please contact us today for more information about our services.