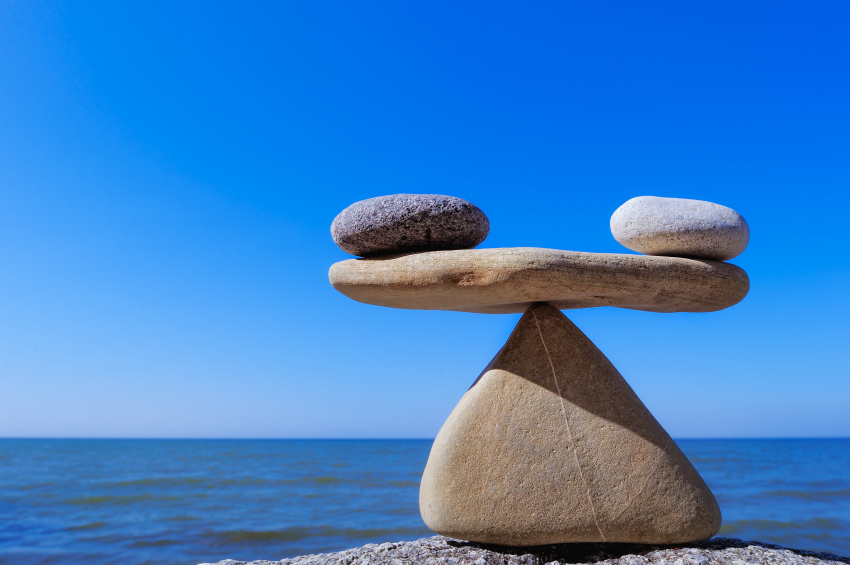 An Emotional and Psychological Analysis 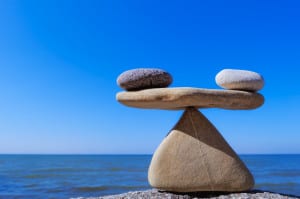 Those who do not remember the past are condemned to repeat it.

Ring out the false; ring in the true.

2015 was an eventful and remarkable year. It was an emotional year, burdened with anxiety, worry and depressing events – including terrorism, earthquakes, epidemics, and airline disasters. Negative politics reached a new low. These events are rarely examined from an emotional or psychological point of view. What can be learned from such an analysis? My somewhat subjective research and analysis of 2015 resulted in a list crowded with bad news, as expected. What surprised me was an abundance of good news…

But First, the Bad News

I decided to organize my psychological analysis of 2015 into emotional categories. They correspond to the 3 primary negative emotions of Anger, Sadness, and Fear – in sufficient quantities, emotional states symptomatic of depression. Fear includes the emotional sub-categories of anxiety and worry. Another category in this analysis is the state of Relationships in 2015. The final category, Joy, will be covered in the last section.

1. Anger – Demonstrated by word as well as deed, there was a profusion of anger in 2015. Some examples include:

Analysis – Certainly, some violent acts are motivated by political, economic, even “religious” forces. A small number of violent acts are perpetrated by psychopathic individuals who may not be angry, but operate from a lack of empathy or concern for others. However, I believe that the vast majority of violent acts are motivated by angry individuals and groups. Anger is a primary force – and cause – of these destructive acts. Some of these violently angry perpetrators probably have a clinical depression – anger can be a symptom of an underlying depression. It’s unfortunate that our efforts to combat terrorism, mass killings, and other violent acts rarely address emotional or psychological causes.

The great 6th Century Chinese General Sun Tzu, who wrote The Art of War, famously suggested “Know thy self, know thy enemy” and “The supreme art of war is to subdue the enemy without fighting.” Perhaps, if we spent even a fraction of our annual defense budget on a deeper psychological and sociological understanding of groups like ISIS, we could mount a more effective and humane counter-terrorism strategy. I think we experience anxiety and worry about terrorism and mass killings for a good reason – we’re fighting fire with fire (that is, we ineffectively fight anger with anger). We’re very clear that we don’t cure depression by attacking it with negative, punitive self-statements (“I hate that I get so depressed – I hate myself”- isn’t exactly therapeutic).

History is replete with examples of violent uprisings (such as Middle East terrorists) and wars (such as WWII) which were caused, in part, by populations victimized or subjugated by angry countries and leaders who themselves were reacting to angry, violent acts by those they now repress. A never ending cycle of anger and violence – often fueled by anxiety and worry.

Unfortunately, a very human, knee-jerk response to violence is to practice more violence. In some families, when one child hits another child the parental response is to hit the child (is there really a distinction between hitting and spanking?). We know that many children who are hit or spanked repeatedly end up suffering with depression and anger management problems. Politicians often promise that “If they hit us, we’ll hit them back.” Anger begets anger. It’s unreasonable to believe that in the 21st Century we can’t solve our problems with practical applications of technology, an enlightened redistribution of our abundant world resources, and a humanistic, emotionally intelligent, and psychologically sophisticated approach.

We cannot solve our problems with the same thinking we used when we created them.

2. Sadness – I suppose I’m like a lot people when I say that I was more angry than sad about the terrorist attacks and mass murders in 2015. For me, the saddest events of 2015 were natural disasters such as the earthquake in Nepal that killed over 8,000 people. (Assuming they were all natural. When global warming is involved my sadness is chemically transformed to anger.) Another very sad and infuriating event (oops… there’s my anger again) in 2015 was the systematic destruction of irreplaceable, ancient artifacts and relics by ISIS. Other sad events in my idiosyncratic list include:

Analysis – Our society is obsessed with happiness. Maybe not a surprise since our Constitution emphasizes the “pursuit of happiness”. We celebrate the smile, while we denounce sadness and stigmatize depression and anxiety disorders. Our country spends millions on pills to banish the blues, and books on positive psychology have become bestsellers. When I ask my clients about their goals for psychotherapy, many respond by saying “I just want to be happy.” To be clear, I appreciate positive mood states, and I like being happy. But should happiness be the most important goal in life? We can pursue happiness, but can we and should we avoid negative feelings and always insist on happiness?

Happiness is not a goal; it is a by-product.

In my experience, personally and professionally, positive mental health is maintained by a life of meaning and purpose. We’re happy when we accomplish challenging goals, when we pursue excellence in our daily lives, when we practice loving kindness toward others, emotional balance, non-judgment and non-reactivity.

I believe there were events in 2015, like events in our personal lives, that are deserving of our sadness and grief. We pay a price for ignoring or suppressing our sadness. Addiction may be the biggest price we pay – addiction is a national epidemic. We’re addicted to alcohol, drugs, the internet and mobile devices, TV and video games, shopping, and gambling, among others. All are effective pain killers. We try to find happiness by numbing our sadness, shame, anxiety and worry. And we create more clinical depression than any other country in the world. Sadly, I believe that many world leaders in government, politics, business, and some “religious” groups are also addicted – to power, ego, resentment and blame.

3. Fear – 2015 was an exceptionally scary year. This is just a sampling of the many alarming and horrifying events:

Analysis – Fear is a primary human emotion – the most vital emotion we have. It is the source of our survival instincts. We need to be afraid. Fear (including anxiety and worry) is our natural, internal alarm system designed to protect us and keep us safe. Unfortunately, most of our fears today result from our own behavior. The cartoon character Pogo said it best 45 years ago:

We have met the enemy, and he is us.

We are understandably afraid of terrorism and other forms of violence, disease, and all forms of disaster. Ironically, our fears often result in emotionally reactive behavior that creates more problems for us. Fight or flight is the natural emotional reaction to fear. Our reaction to terrorist attacks seems to fall into those two categories. When we react with anger, we attack with bombs and ground troops. It doesn’t seem to solve the problem (many Middle East experts and military analysts agree that we will not defeat ISIS solely with military action). Equally, the problem isn’t solved by fearfully avoiding the causes (which are highly complicated in the case of the Middle East, and generally not addressed). Interesting that depression often results from an inability to adapt to circumstances – anger and avoidance are mostly maladaptive.

There are reasons to be optimistic. Some enlightened world leaders are working toward a more rational, constructive response to our problems. For example, large numbers of Syrian refugees are being welcomed by several countries. New, potentially effective climate change agreements are slowly emerging. Contagious diseases are more effectively controlled than ever before. It’s also important to recognize that so much of our anxiety and worry about the world may be exaggerated by the 24 hour news cycle which focuses predominately on bad news – along with politicians who garner so much popular support by appealing to our fears. I may propose a new type of reactive depression – CNPD (Cable News & Politics Disorder).

4. Relationships – The state of relationships in 2015 is a mixed bag at best. There is some good news. For example, we have a much better understanding of what makes a relationship work. Excellent research studies reveal how and why some marriages remain happy and healthy. And highly effective forms of marriage counseling, such as EFT (Emotionally Focused Couple Therapy), are helping thousands of couples to repair and improve their relationships. Sadly, there are still many reasons for anxiety and worry – even depression – about the state of relationships today.

Analysis – Relationships are difficult. Most of us aren’t taught how to do relationship. While growing up we’re rarely taught about identifying and managing ourselves emotionally or in relationships with others. And far too often we learn bad habits from the people we grow up with. We witness destructive fighting, emotional distance and avoidance, separation and divorce – and these things are rarely discussed openly or explained. Or we have parents who struggle with depression, anxiety and worry, and addictions. No wonder we struggle in our own relationships as adults. We look for the “right person”, and we’ll never find this, because there is no one right person. We want to be loved, but we often fail to treat others the way we want to be treated.

We’ve got this gift of love, but love is like a precious plant. You can’t just accept it and leave it in the cupboard or just think it’s going to get on by itself. You’ve got to keep watering it. You’ve got to really look after it and nurture it.

And Now, the Good News!

There was a great deal of good news in 2015. This is my personal list of favorites, in no particular order:

Analysis – At first, I thought there would be more bad news than good news in 2015. Now I’m reminded that there is just as much light as there is darkness. Our perception of events is affected by forces we are often unaware of.

It all depends on how we look at things, and not how they are in themselves.

The depression that runs in my family touches me at times, and affects my point of view. As we approach 2016, there is certainly cause for anxiety and worry. I’ll remind myself to look for the light. I’m glad to know that we have so many new opportunities to make the world a better place in 2016. And to appreciate all of the goodness in the world today.

From everyone at the Relationship Center of South Florida, we wish you a healthy and happy New Year. For additional information about depression, anxiety and worry, please contact us today.