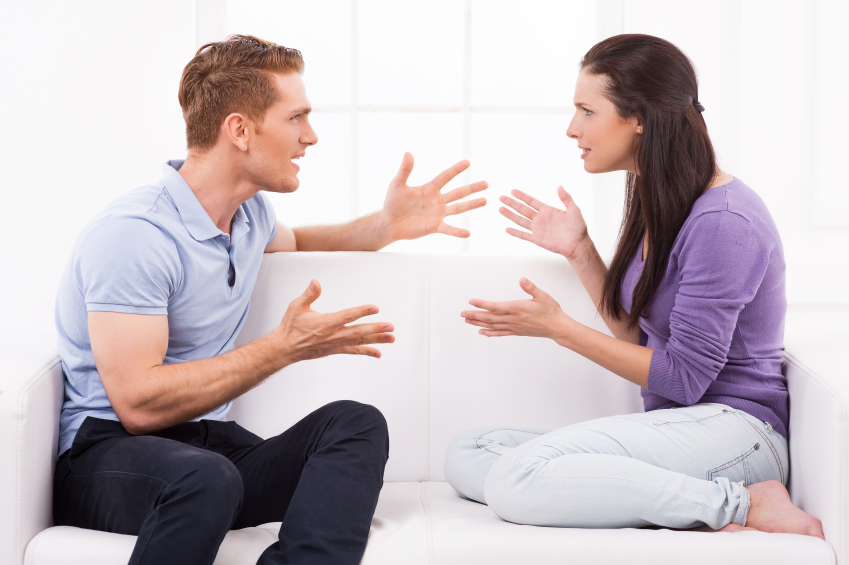 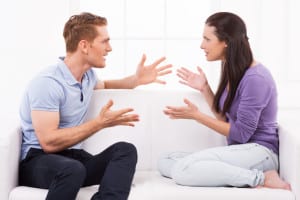 John Gottman by the Numbers

John Gottman knows the formula for relationship success. Dr. Gottman defines love as an energy system, using a series of mathematical equations. That may not sound very romantic, but Dr. Gottman explains that a mathematical understanding of astrophysics doesn’t detract from the beauty of the stars. In his new book, Principia Amoris, Gottman summarizes 40 years of research, and he calculates the basic laws fundamental to all love relationships. The numbers also show that relationship distress can be measured scientifically, and Dr. Gottman can predict divorce with 96% accuracy.

Gottman’s research on relationship distress and relationship success is arguably one the most thorough, rigorous, modern studies in all of psychology. Dr. Gottman and his research team formally observed and studied over 7,000 couples (yes, that’s seven thousand), using standards and methods as rigorous as those used in medical science. His findings have been published in countless professional journals and numerous books, CD’s and DVD’s.

The following represents only a small number of Dr. Gottman’s most important findings about relationship and marriage distress and success.

The 4 Horsemen of the Apocalypse

Among marriage counselors and relationship experts, this may be John Gottman’s most familiar number. The Four Horsemen of the Apocalypse refer to negative interactions in relationships leading to significant marital and relationship distress. When this type of negativity runs rampant, it becomes lethal to any relationship. They tend to occur in the following order over time:

1. Criticism – Usually a negative statement about a partner’s character or personality. Unlike specific complaints (“Why didn’t you take out the garbage?”), criticism is more personal and global (“You’re always so irresponsible and lazy!”).

2. Defensiveness – It’s certainly understandable, even predictable, that people become defensive when they’re criticized. But defensiveness doesn’t work in relationships. It contributes to one of the most common negative patterns in relationship distress: Blame, complain, criticize > Defend, counter-attack, distance.

3. Contempt – Dr. Gottman says this is the worst of the Four Horsemen. Contempt is a type of disapproval that borders on disgust. It includes aggressive anger in the form of name calling, verbal abuse, sarcasm and eye-rolling.

4. Stonewalling – Otherwise known as shutting down, distance, withdrawal, disconnection, and putting a wall up. More common in men, stonewalling is a type of emotional divorce, and is disastrous to the future any intimate relationship.

A. Good communication is necessary for a good marriage.

B. There are more arguments in unhappy marriages.

C. Arguments are resolved more frequently among the Masters of Marriage.

D. Unrealistic expectations are a major cause of divorce.

E. A majority of marriages end in divorce when there is infidelity or an affair.

The 70% Solution (to Relationship Distress)

Dr. Gottman’s research found one very significant way in which men and women agree. The single most important aspect of relationship success is simple friendship in the relationship. Women say that the single most important factor in relationship satisfaction, including romance, passion and sex, is the quality of the friendship with their partner. And the same numbers of men express the same sentiments exactly! Dr. Gottman defines this friendship in relationship success as “…a mutual respect for and enjoyment of each other’s company. These couples tend to know each other intimately… They have an abiding regard for each other and express this fondness not just in the big ways but in little ways day in and day out.”

1) Friendship – As indicated above, The 70% Solution provides the most important step to relationship success. Treat your spouse or partner the way you want to treat your very best friend. In the most happy, successful relationships, partners routinely attempt to connect with each other, using conversation, humor, and curiosity.

2) Positive emotional connection – Dr. Gottman noticed regular patterns of connection when during his years of research. One of the most important patterns that he observed in the Masters of Marriage was a literal turning inward toward each other – even during fights or arguments. The Disasters of Marriage turned away from each other (often with eye rolling and the use of the Four Horsemen). The tendency to turn toward each other reflects a positive emotional connection. Furthermore, in a surprising and counter-intuitive finding, the most successful couples were both conflict avoiders. We’ve been taught to assert ourselves and confront the situations that we’re upset about. Gottman found that when both partners prefer to avoid conflict, the situation passes, and these couples are happier and generally content in the relationship.

4) Soft start up – A soft start up is the opposite of a complaining, demanding and blaming. According to Gottman, this step applies to women more than men. When a woman approaches her man with sensitivity, even love, she attracts a positive response far more often (the old saying is that you attract more flies with honey than with a fly swatter).

5) Accept influence – This step applies more frequently to men, and is important for both partners. It seems that a happy wife (or husband) is one who is heard and appreciated. It makes sense that relationship distress is minimized when there is mutual respect cooperative decision making.

Relationships are difficult. Relationship distress is one of the most common life stressors, and results in anxiety, depression, and physical illness. Couples therapy and marriage counseling are highly effective in reducing the distress and creating relationship success. It’s important to act now – a chronically distressed relationship is a divorce waiting to happen. And the negative patterns tend to get worse over time without the help of an objective, professional counselor or therapist. Please call us today if you have any questions about this article – and to set up an appointment with one of our highly experienced relationship counselors.