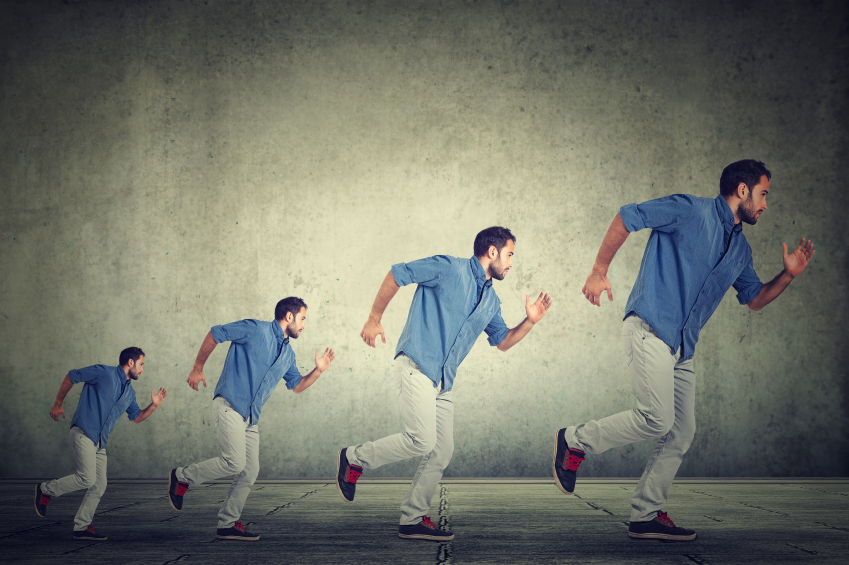 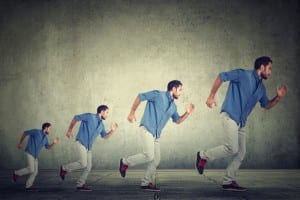 This is the fourth in a series of articles about The LATE Men – Adult Men as Lost, Angry Teens. In my “Who’s In Charge?” model of the self, all of us have four primary internal parts: An Inner Child, a Teenager, an Inner Critic, and a loving, responsible Adult. Teenagers may become rebellious, angry, confused and withdrawn – and some teens don’t grow up. Specialized counseling for men and men’s therapy groups effectively address LATE Man issues like anger management and relationship distress.

The LATE Men (adult men who are Lost, Angry Teens) are emotionally under-developed, and like teenagers, they often show up late – late to mature, and late to make or keep commitments. These men tend to self-sabotage, causing relationship distress, and problems at work and at home. LATE Men have anger management problems, and they’re often passive-aggressive and defensive. They typically come from dysfunctional families – with divorced parents or broken homes, fathers who were emotionally or physically absent, mothers who were over-worked or overprotective, or they were abused emotionally or physically. Counseling for men, or couple’s therapy with a special focus on male psychology, can help the LATE Man to become the loving, responsible Adult that most men truly want to be.

Growing Up – The Emerging Adult Man

The LATE Men I’ve worked with in therapy over the past 35 years helped me to see myself more clearly. Like so many other LATE Men, I struggled for years with self-sabotage, shame, anxiety, anger management problems, and relationship distress. Years of psychotherapy helped me to understand and cope with a painful childhood full of loss and family problems. Personal development workshops taught me to see myself more honestly and to become more responsible and emotionally balanced. Attending men’s groups helped me to see my true nature as a man, and empowered me to be a better husband, father, and a leader.

About 10 years ago I was counseling Andy individually and in couples therapy (Andy is a pseudonym and he represents many LATE Men I’ve worked with over the years). I’ve found that counseling for men is very different from working with women. After about 6 months of therapy, Andy would make a little progress only to be followed by regressions into old patterns of LATE Man behavior (avoiding responsibility at work, anger management problems like road rage, passive-aggressive behavior with his wife, and alcohol abuse). I was feeling some frustration with his lack of progress when, during a therapy session, I told Andy that he needs to “grow up.” He told me this was the first time anyone was that direct with him – his wife would be critical and complaining, but it was laced with her own anger and judgment. Andy had a physical handicap from birth that contributed to his LATE Man behavior – and his parents and other authority figures were permissive to a fault. Andy told me that my entreaty to “grow up” changed his life.

He thought about this often, and it empowered him to be the loving and responsible Adult man he wanted to be.

This is the goal for LATE Men – to become fully functioning, Adult men. I define the Adult part of us as loving and responsible – for one’s self and others. The steps for achieving this goal are outlined below.

1. Honest Self-Reflection – Counseling for men is often necessary to help LATE Men see themselves more accurately and objectively. Men’s therapy groups are especially effective because the men learn to give very honest and direct feedback to each other, in a supportive manner, and without judgment. This type of therapy helps men to identify and understand their feelings, values, beliefs, and behavior patterns. Most LATE Men need to begin with a thorough inventory of negative personality traits and behavior.

2. Be MAD (Mindful, Accepting, and Detached) – LATE Men are often unaware of their thoughts, feelings and behavior – and their effect on others. Mindfulness is awareness without judgment. Mindfulness is a skill that is easily learned and practiced daily. This calming and centering practice is especially useful in anger management. LATE Men can replace emotional reactivity with emotional detachment, acceptance, loving kindness, and letting go of past injuries.

3. Emotional Integrity & Regulation – Counseling for men helps LATE Men to identify and understand their feelings, often for the first time. They learn about the 5 feelings – mad, sad, glad, ashamed and afraid. They learn to regulate their emotional reactions – especially anger and shame. LATE Men often live their lives in anger and shame. Emotionally injured as children, they feel not good enough but they build a defensive wall around themselves. When they feel injured as adults, LATE Men tend to react with anger or with passive-aggressive behavior (they shut down, become uncooperative, or take revenge). Emotional regulation is a skill that is easily learned and practiced by men who are committed to the process of personal growth and development.

4. Healing the Past & Forgiveness – LATE Men are often unaware of childhood injuries, or they minimize their importance. Counseling for men helps them to recognize incidents or patterns of neglect, abandonment and abuse. The purpose here is to piece together an accurate picture of childhood influences that explain – not excuse – LATE Man behavior. Andy learned to avoid responsibility partly because his mother over-protected and enabled him. He became passive-aggressive because he learned that direct expressions of anger in his family were unacceptable. Childhood wounds are healed in the process of supportive therapy, and by using new skills of self-love and re-parenting the Inner Child, along with a step-by-step process of forgiveness (letting go of the past).

5. Integration – A central goal of counseling for men and men’s groups is integration of the self. The four parts of a LATE Man’s personality are fragmented and mostly unconscious. The Inner Child is wounded, and his needs are unrecognized (or he’s coddled, and given too much). The Teenager is lost and angry. The Inner Critic is demanding and judgmental. Often, there is no Adult in charge. The mindful process that occurs in therapy and self-development work results in narcissism being replaced by healthy self- love (loving the Inner Child). The angry Teenager is contained – and is given opportunities to find his unique identity and voice. Also, the Teenager is let off the hook – he no longer needs to protect the wounded child because the Adult takes on that responsibility. The Inner Critic is respected – that voice also protected the Child and Teenager. The Adult works cooperatively with the Critic to distinguish real threats from narcissistic threats. And the Adult loves the other parts, allows the Child to play and the Teen to express himself responsibly and creatively.

6. The Joy of Responsibility & Commitment – LATE Men often view responsibility and commitment with dread. They believe they should be more responsible, they make demands on themselves, but they operate from shame and fear. They see themselves as not good enough, and this leads to avoidance, defensiveness and self-torment. Counseling for men is highly effective in teaching the LATE Men to take pride in themselves and their deeds. They learn to be responsible for themselves and live a life of balance and self-care (including work, family, friends, nutrition; exercise; and relaxation).

7. A New Relationship Paradigm – Relationship distress often drives LATE Men into couples therapy or individual counseling for men. Wives and girlfriends often resort to the ultimatum – “Get therapy now or I’m leaving you.” Direct encouragement by significant others in couples therapy or by other men in men’s therapy groups are helpful in learning a new relationship paradigm. This includes skills such as listening to others and taking feedback non-defensively, letting wives and girlfriends influence them and their decisions, staying emotionally connected and responsive to others with empathy and compassion, and showing love every day with small acts of loving kindness. Finding mentors (at work or in the community) and healthy male friends can also be essential to personal growth and development.

8. Leadership – Men are natural leaders, and our neurobiology is programmed with innate abilities to protect and provide for others. A final step in a LATE Man’s evolution from insufficiency to integrity is the development of leadership roles at home, at work, and in the community. Leadership roles can first be developed and practiced in men’s groups and workshops. Leadership tasks and functions range from being a loving and responsible spouse and a positive male role model for children, to providing guidance, training, motivation and vision to others.

“You must be the change you wish to see in the world.” Gandhi

“When the best leader’s work is done the people say, ‘We did it ourselves’.” Lao Tzu

Andy, like many other courageous men I’ve worked with, taught me a great deal about LATE Men, and about myself. I’ve learned that even the most confused and troubled men are capable and motivated to learn and to grow – to become loving, responsible Adult men with integrity. Counseling for men and men’s therapy groups are highly effective when there is a deep understanding and compassion for LATE Man struggles. Some communities also offer support groups for men (meetup.com is one possible resource), along with personal growth and development workshops.

We would like to hear from you about your experiences with LATE Men, and we welcome your comments about this series of articles. Please contact us today for additional information about services for LATE Men and their significant others – including counseling for men, men’s therapy groups, and couples therapy.

Other Articles in This Series: